On one random day off work last week, I drove for eight hours to see some pretty trees that I’ve never seen before.

The idea to visit Calaveras Big Trees state park had popped into my head a few days before. I needed out of the City. I needed to pop this little self-made bubble that I had been existing in for the past month or so.

It was crazy to squeeze this little road trip in between two work days (especially when I needed to be at work at 6am the next day!), but I couldn’t wait any longer for that “ideal” time to hit the road and get into nature. I needed this now. And just going to my usual hiking spots in the Bay Area wasn’t going to cut it either. I needed to go somewhere new.

Never been on this road before! Highway 4 somewhere between Stockton and Murphys

Haha, I’ve been known to “impulse adventure” before…

Though I don’t usually choose adventures with that much driving all at once… I spent more hours driving than in the trees (the Park is about 160 miles from San Francisco). And what I thought would be an easy 3 hours each way turned into 4 difficult hours each way due to road construction, getting lost in Stockton (twice!), and my not-quite-yet-healed-eye’s sensitivity to bright headlights.

It was some stressful driving to say the least. I was cursing the impatient drivers behind me who stayed right on my ass without providing some safe distance!

And then I had my moments of indecision on whether to keep going all the way or not, which had me cursing myself. I wasted time that morning while re-considering my plan and then again at a gas station about two hours after I left the City. I considered turning around twice.

“I’m an idiot!”, I thought, “what the fuck am I doing, driving all the way out there when I have be at work at 6am tomorrow?”.

My indecision is paralyzing and frustrating at times, but I always seem to push past it and get some kind of reward in the end (case in point: my Mexico bike to beach story). How I push past it, I do not know. Why I let myself worry about the outcome of each decision I make in the first place, I also do not know.

Made it to the Park!

Once in the Park, I had to hustle to fit in the two hikes I wanted to do. Visions of a lazy saunter amongst these giant sequoias while contemplating the meaning of life (or something like that) were quickly replaced with the reality of a briskly paced hike on high alert for any wildlife that might be surprised at my presence, like a bear or a snake. There were a few snake-look-a-like sticks that freaked me out. Yeah, nature girl here doesn’t like snakes.

I was also worried about running out of daylight and I think I busted out my fastest 5 mile hike ever. All my energy and focus went into what was right in front of me on the trail, putting one foot in front of the other. The forest was lovely, and gazing up at the giant sequoias brought fleeting moments of absolute awe, but in all honesty, I was just a tad underwhelmed by the two groves that I hiked through.

It’s hard to take pictures of a giant sequoia! Just too big to fit!

Sounds like this road trip might have been complete waste of my time and a huge mistake… but nope, not at all!

While I wouldn’t repeat that long drive again if given the choice, this mini road trip provided exactly what I needed that day: an adventure!

Sure I had some frustrating moments, but what adventure doesn’t have a little anxiety thrown in?!?

This was me singing loudly along to my music in the car with the window rolled down, cruising past farmland and orange groves, coaching my dear old car up the winding foothill roads, breathing in that fresh mountain air, and listening to some fascinating birdsong as I hiked amongst some of the oldest living trees on earth.

This was me all excited about going somewhere new! This was me not thinking about work, and not worrying about my future beyond that day. This was me completely focused on what was literally right in front of me, in that moment, in the car and on the trail.

Most importantly, this was me getting back to exploring life.

I fell a little off track there for a bit. I was stressed and tired for most of the time while house-sitting my sister’s place last month. While I absolutely savored my alone time (and it was most needed), I was so drained from work that I didn’t have the energy to leave the house much or explore much of anything. No wait, I did explore several different flavors of Three Twins ice cream (Mexican chocolate is, by far, the best!) :)

But after a while, eating all that ice cream and drinking a beer or two after work each night wasn’t doing me or my energy level (or my waistline) any favors. Work stress + beer and food coma = not exploring.

Now I’m back on track. I’m back at my apartment in Bernal, and I bought apples, yogurt, and more tea the other day instead of ice cream, chips, and more beer. My workload is back to being 40 or under hours. I’m back to my regular martial arts training schedule. And I’ve burst the bubble of just going between work and home.

The floodgates of exploration are open once again, and I’m super excited for my upcoming backpacking adventures this summer! BRING. IT. ON!

But nope, I don’t plan on driving eight hours in one day on my own again for a very long time. That was indeed crazy (for me, at least!).

Heading out from the Bay Area on Highway 4: 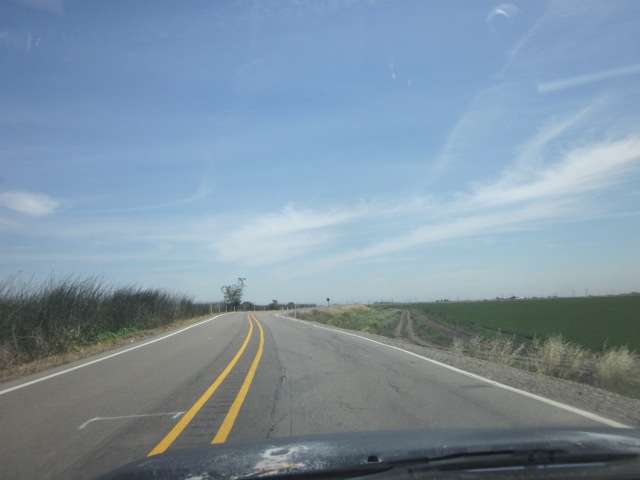 Passing through the citrus and nut groves of the Central Valley:

From orange groves to mountain roads: 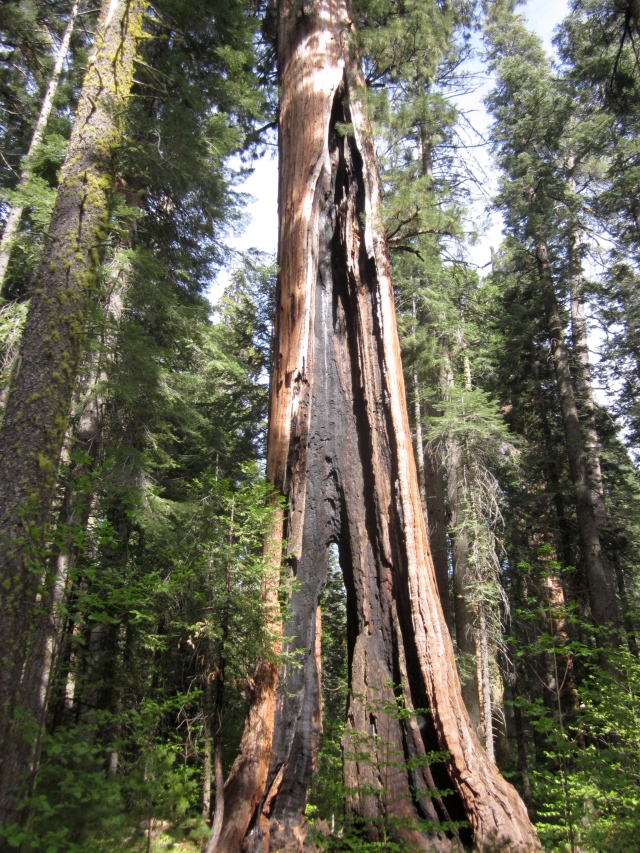 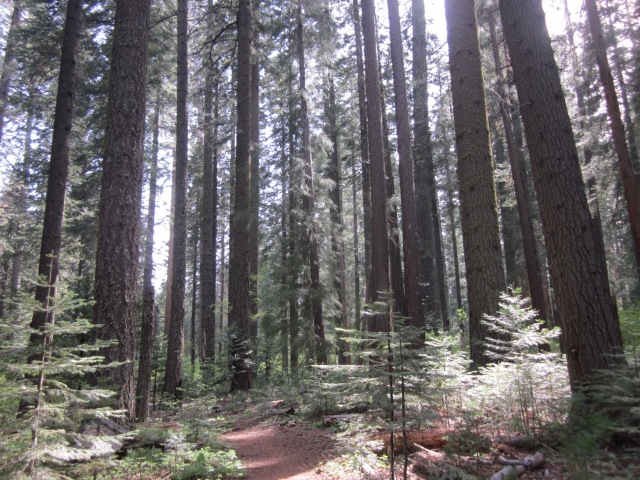 Driving west into the sunset on the way home:

← The Little Things
Gearing up for backpacking season! →

Based in the San Francisco Bay area, I write to share my experiences of discovering new places, trying new things, and making connections around the globe... Learn more